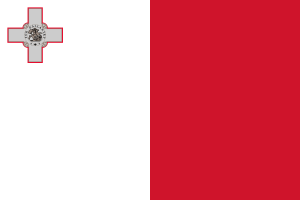 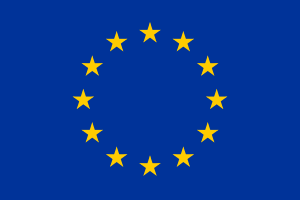 Naturetrust – FEE Malta, with the support of the Ministry for the Environment, Sustainable Development and Climate Change and through EU funding under the European Regional Development Fund is presently working on a project which will see a derelict building at Xrobb l-Għaġin being transformed into Malta’s first Wildlife Rehabilitation Centre.

The project, designated as ERDF.05.121 – WILDLIFE REHABILITATION CENTRE, will set up a Wildlife Rehabilitation Centre to provide ex-situ rehabilitation of wildlife from across Malta and surrounding seas: marine (turtles and cetaceans), terrestrial (such as hedgehogs, shrews, lizards, snakes and bats) and avian fauna. Following rehabilitation, if possible, they will be released into their natural habitat. It should be a unique, all year round visitor attraction visitors with the opportunity to interact with the rehabilitating wildlife.

The present infrastructure for ex-situ conservation in Malta is, to say the least, quite limited and to date the rehabilitation of such species has been carried out in a piecemeal manner, mainly by Naturetrust – FEE Malta, through its Wildlife Rescue Team which provides rescue services for both marine and terrestrial fauna on a 24/7 basis. The team is composed of a group of volunteers, made up of divers, biologists and marine mammal medics who are covered by permits from the Environment and Resource Authority (ERA) to respond to calls for the handling of local protected wildlife. Injured turtles and cetaceans are taken to San Lucjan’s Rehabilitation Centre and/or a veterinarian’s clinic where they are treated by or under the supervision of a qualified veterinarian. Other animals (including hedgehogs, lizards, chameleons, shrews, bats, wild rabbits, and weasels), after being examined by a veterinarian, are taken, under ERA permit to the volunteer’s homes where they are treated, medicated and taken care of until they may be released once more into the wild. Turtles are released during dedicated events in the presence of the media and distinguished guests, amongst others, as part of an effort to raise awareness about risks to biodiversity and rehabilitation efforts. Other species are released by the volunteers at the place of rescue or in a nearby protected area.

The project will also cater for CITES animals which are presently hosted at the Small Animal Quarantine facilities in Luqa, which is managed by the Ministry for the Environment, Sustainable Development and Climate Change. The site was designed to host small animals and pets (dogs, cats and ferrets) who do not meet all the requirements for entry into Malta under the Pet Passport scheme, for a short period of time in quarantine to minimise the risk of disease being brought into the islands. However, CITES species that are found in Malta illegally, are also kept there until their position is regularised and/or they may be returned to their country of origin or released into the wild.

The Wildlife Rehabilitation Centre will be hosted in part of the ex-Deutsche Welle radio relay station at Xrobb l-Għaġin  Natural Park. It will compliment a first project in the area carried out between 2007 and 2011 through a grant from Iceland, Liechtenstein and Norway though the EEA financial mechanism and the Norwegian financial mechanism, which project saw the rehabilitation of a hitherto degraded area and some of the derelict buildings in the area into a natural park and a Sustainable Development Centre. That project had left some buildings unutilised, and thus still in a derelict state. The present project is proposing the rehabilitation of those buildings and their use as parts of the proposed Wildlife Rehabilitation Centre.

Naturetrust – FEE Malta is in a position to implement this project thanks to the financial support under the ERDF funds as well as the Ministry for the Environment, Sustainable Development and Climate Change. The Planning and Priorities Coordination Division (PPCD), which forms part of the portfolio of the Parliamentary Secretary for EU Funds and Social Dialogue, within the Ministry for European Affairs and Equality is the designated Managing Authority (MA) responsible for the overall coordination and management of the European Regional Development Fund (ERDF) and the Cohesion Fund (CF) under Operational Programme I (2014-2020). The MA issues calls for proposals for ERDF and CF at different intervals of the Programme’s lifetime. The project was successful under one such call.

The implementation of such a project is being carried out through the procurement of works, equipment and services through competitive processes. Relevant procurement processes are available here.