Home » What We Do » Natural Parks » Pembroke 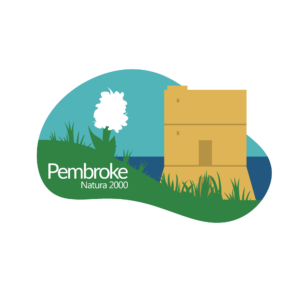 approximate coordinates N35.9335°, E 14.4792°. The extent of the proposed Pembroke Garigue Heritage Park is 60 hectares, since such an extent excludes the Reverse Osmosis (RO) facilities, the coastal fringe and the AFM’s rifle ranges.

Longest axes of length and breadth are approximately 1900m and 950m respectively. The area has a maximum altitude above mean sea level of 53m and is characterised by a gentle gradient from Southwest to Northeast, following the general slope of this part of the Maltese Islands.

Most of the Pembroke SAC is characterised by karstified rocky terrain, colonised in turn by a complex mosaic of vegetation assemblages typical of rocky steppe, grass steppe and low garrigue communities, mainly shaped by patterns and degrees of anthropogenic

disturbance. The mosaic consists of a remnant climax shrubland framework, superimposed in many areas by various stages of secondary ecological succession, which leads to different plagioclimaxes (namely grass steppe and disturbed ground assemblages), and which marks different episodes of disturbance and recolonisation. As a result, most of the land cover on site can be classified as secondary shrubland. Isolated pockets of woodland, temporary rainwater rockpools and gully-associated assemblages break the steppe/garigue monologue colonizing most of the site.

The garrigues at Pembroke are amongst the most species-rich of the Maltese Islands, and sustain a large number of species of conservation and/or scientific importance including endemic, threatened and critically endangered ones

The Pembroke SAC area holds great potential as an educational site, in particular for the furtherance of the study and appreciation of the ecology, flora, fauna, geology and history of the Maltese Islands. A number of scientific studies have been conducted on site, some of which have been also published in scientific journals, namely on aspects concerning orchid, moth, dragonfly and reptile species. A dearth of marine studies for the area exists and research in this direction should be encouraged, especially in the characterization of the ecological impact on infralittoral marine communities of the discharge of RO effluent; long-term monitoring of faunal and floral communities within the area should also be solicited, especially since no such baseline surveys have been conducted to date.

In view of its vantage propinquity to the harbour area, the Pembroke SAC has a large catchment area for visiting school groups, which occasionally already use the area for academic fieldwork purposes. Nature Trust (Malta) and other local NGO’s also occasionally use the area for members’ activities, including guided walks.